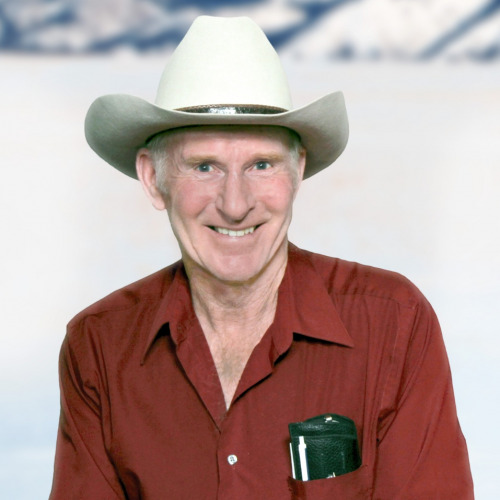 Without Frank Smith, there would be no TowHaul Corporation. In his many years in the manufacturing business, he has respected and listened to his customers and created for their needs. From logging to mining equipment, his numerous patents are a testament to his engineering talents. The invention of the removing gooseneck that will pull heavy duty off-road front loading lowboy trailers as well as a disabled haul truck is considered to be Smith’s greatest engineering achievement.
Frank received his formal engineering education at the British Columbia Institute of Technology (BCIT). It was a rigorous and demanding two-year program that offered all the engineering disciplines and technological training and theory. It also provided an extensive course in hydraulics and hands-on practical training and experience that gave graduates the opportunity to easily enter the workforce, often at a supervisory level. Frank earned his diploma in mechanical engineering technology at BCIT and graduated second in his class of 1969. While this is an impressive credential in the engineering field, it is Frank’s informal education that sets him apart in the manufacturing world.
As a child, Frank worked alongside his dad on the farm and mill and his hands on education began. Frank realized he had inherited many of his dad’s creative qualities as he visualized ways to improve the equipment on the farm and at the mill. He was also given the opportunity to run the mill and his leadership qualities were tested.
In 1962, Frank joined the Air Force and began his pilot and officer training. He loved the Air Force but the following year he contracted encephalitis and had to leave because his EEGs no longer met pilot standards. Three senior officers tried to get Frank to stay, claiming his EEGs would soon return to normal. One of the officers read his latest Efficiency Report. “93199 Flight Cadet Smith has achieved the highest standing in officer potential and flying ability. He has achieved that at present and has the potential to achieve the highest standing of anyone who has ever gone through this school.”
It was doubtful that his EEGs would return to normal anytime soon and in 1963, about a year after he had joined, he left the Airforce.
1963 found him in the Revelstoke, B. C. area where he worked driving logging trucks, falling trees and working in various mills. He bought his own truck and contracted out for a while and worked for his dad if he needed to.  here were setbacks and disappointments and some victories, but, after four years, Frank decided his hauling days were over and it was time to go to school so he could get a steady job.
Frank says about his years at Revelstoke, “I learned everything I need to know about working, supervising, perseverance and how to do the job right and complete a task and succeed no matter what the circumstances. It set the pattern for my life and later success as a manufacturer.”
After his four-year course at the Revelstoke school of hard knocks, he went to BCIT and graduated in 1969. After graduation, he started working as a maintenance supervisor for MacMillan Bloedel a world renowned logging company in the Vancouver B.C. area. He soon learned that his hard-earned engineering skills were not being used. In 1971, he went to work for Willock Manufacturing as a designer technician, but it didn’t take long for him to be trusted doing the work of an engineer.
Andy Anderson, his old boss from MacMillan Bloedel, approached Frank with a project. Andy said, “Frank, we need a sand spreader that will allow us to continue logging all winter long. You’re going to design it, Willock is going to build it, and MacMillan Bloedel is going to buy it.”

Frank designed it and it worked beautifully. Willock went on to build eight more but refused to put much energy into selling it, saying the market was saturated. That’s when Frank started thinking about creating his own company.

Smith Sanders Ltd. officially began operations on May 1, 1973. Frank redesigned the sander with many improvements and set up jigs with a step-by-step fabrication procedure. The sanders were selling and Frank listened to his customers, designing and building to suit their needs. Smith Sanders’ reputation grew, and in the 1970s and 80s, they were building cable reelers, bucket transporters and water tanks. When the mines needed equipment, much larger sanders, water tanks and trailers were built. After four years working at Revelstoke, Frank understood the conditions that an operator might find himself in. When designing a piece of equipment Frank always put himself in the shoes of the operator and asked himself, “Will it work and do the job? What would it be like for the operator to be hooking up in an early morning snowstorm?”

Frank continued to design to suit the needs of the customers and in 1984 manufactured the first tow hook that allowed the mines to haul their own disabled trucks.

As the economy continued its downward spiral, Smith’s equipment was being manufactured by Riv Tow in Canada during the mid to late 1980s. This gave Frank a chance to relax from the business and move down to Montana. In 1986, he established a new business, Smith Equipment USA. Frank didn’t put a lot of effort into the new company and if any orders came in, Riv Tow would build them.

Frank broke his ties to Riv Tow in 1989. In 1990, he went out on the road to visit as many mines as possible to see if there was enough interest for him to open a manufacturing plant in the United States. He received an order for a 150-ton lowboy from the Chino Mine in New Mexico. Frank rented a building to serve as his manufacturing plant in Belgrade, Montana

Frank bought land and built a new manufacturing plant in Belgrade in 1994. Tow Haul has continued to grow at a steady rate. In 1997, Frank began teaching and mentoring his step-daughter, Kim Wild, in every aspect of the business. She became President of TowHaul in 2002 and CEO/President in 2012. The company has grown from 11 employees when she started to 70+ employees today. The TowHaul culture is alive and well under her leadership, and TowHaul remains the global leader in the designing and manufacturing of off-road lowboys for open pit mines.
Nov. 27, 2019 by Robert Nehls